This week, on a conservative radio show, Pennsylvania Governor Tom Corbett, Republican, defended his comments in support of the mandatory ultrasound bill, claiming that he said nothing derogatory.

How's this for derogatory? A year ago, Corbett told Pennsylvania women to just close their eyes if they didn’t like the invasive procedure.

The Christian Right make me sick. How about someone stick something up Corbett's rectum, something he doesn't want up there, and tell him, “hush, hush – this is what Jesus wants,” if he dares complain?

Makes think of a line from the film Hannah and Her Sisters: “If Jesus came back and saw what was going on in his name, he'd never stop throwing up.” 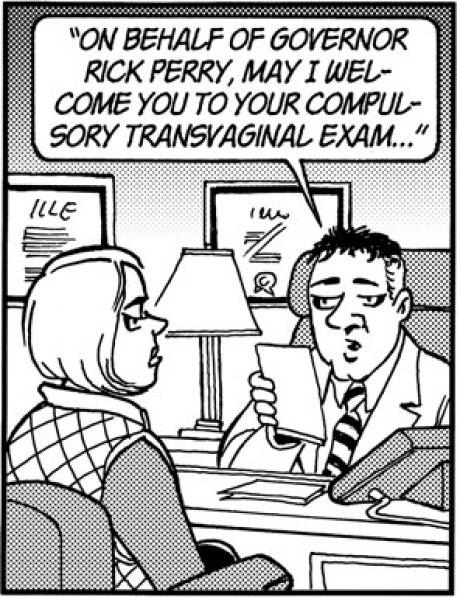