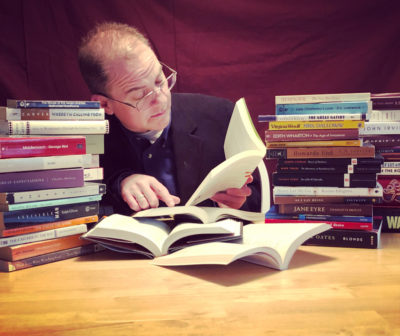 I started a fundraiser called the 50 in 52 Project, a reading challenge, with all proceeds going to www.RAINN.org (Rape, Abuse, Incest National Network), an organization that helps those whose voices are often silenced or ignored.

Would you please sponsor me by pledging a $ amount per book that I read during the reading year? It works just like those reading drives many of us had in grade school. You could pledge $1 per book, $2, $5, whatever amount you like!