I was asked recently what this blog was going to be about.

The truth is, I don’t know yet.

I suppose the humorous short answer is: it’s going to be about me.

But I’m guessing that like the blog on the old version of this web site, this blog, Mondauk Common, will develop into something more than a personal Facebook page. (Back when the first blog was active, I would have written “My Space page.”

When the first blog was active, Bush, Cheney, and company had just pulled a fast one on the American public and invaded Iraq under false pretenses. The blog became increasingly political as my voice joined others on the left who decried this unjustified atrocity, and there were many lively debates in the comments section of each post. I expect that this blog will develop politically. But with the election behind us, I must admit that I’m exhausted from fighting what I believed to be the good fight: to re-elect President Obama. But I’m sure it won’t be long before I enter the fray again—and I encourage you to join the debate by leaving your comment(s).

The old blog also highlighted my obsession with music, rock’n’roll in particular, and this blog will no different. I’m not sure what form it will take. There will probably be weekly playlists at first or “Currently Listening to” entries, always accompanied by a video example. On the old blog, I wrote music reviews and essays, so they might return.

The Mondauk Common blog will also focus on writing: the mechanics and the craft, the art and the mystery. Maybe other writers will add their voices.

I’ll end this post the way it began: I don’t know what this blog will be about, but I do know that mostly it will be me communicating with you about all of the above topics and everything under the sun. 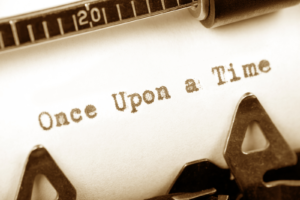