I’ve just finished the 27th book, A Streetcar Named Desire by Tennessee Williams…only 23 more books to go! (For a cool quote from the book, go my blog.)

A little info on J. D. Salinger and his work:
Jerome David Salinger was born in New York in 1919. He was considered a mediocre student until he reached Columbia University where a professor, Whit Burnett, the editor of Story magazine, became his mentor. Salinger’s short stories began to be published on a regular basis. His post-modernist approach mixed naturalism with fatalism. Later in life, he became a practitioner of Zen Buddhism and those tenets began to infiltrate his work. He also incorporated “the Jesus Prayer,” an Orthodox Catholic formulaic prayer, into his book Franny and Zooey. During WWII, Salinger was on Utah Beach on D-Day and took part in the Battle of the Bulge. He also was involved in liberating one of the concentration camps. Salinger only wrote one novel, The Catcher in the Rye. His short work was collected in Nine Stories (1953), Franny and Zooey (1961), and Raise High the Roof, Carpenter (1963). Salinger came to live a reclusive life, publishing his last short story in 1965. His final interview was in 1980. Salinger passed away in 2010. 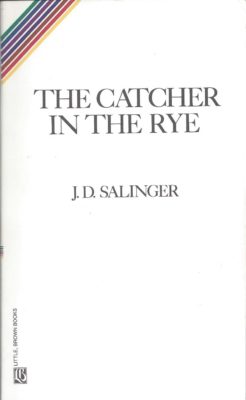