Next up is….Tess of the D’Urbervilles by Thomas Hardy (1891)

A little info on Thomas Hardy and his work:
Thomas Hardy was born in Dorchester, England in 1840. Before becoming a man of letters, he was trained as an architect and moved to London, studying at King’s College. His growing awareness of class divisions made him feel uneasy in London, but it did lead to a keen interest in reforms. Social inferiority was one of the major reasons he returned home, and there he dedicated himself to his writing. His work often came with powerful social criticisms, but they were no mere message novels; they were lyrical, often densely-plotted works. A Victorian realist, Hardy, in his fiction and poetry, tackled social constraints, and as a writer, he was often obsessed with the notion of fate. His most famous novels include Far from the Madding Crowd (1874), The Return of the Native (1878), The Mayor of Casterbridge (1886), and Jude the Obscure (1895). When Tess of the D’Urbervilles was first released, it shocked readers by challenging the sexual mores of Victorian England. Hardy passed away 1928. His ashes were buried at Westminster Abbey, but his heart was buried in Dorchester. 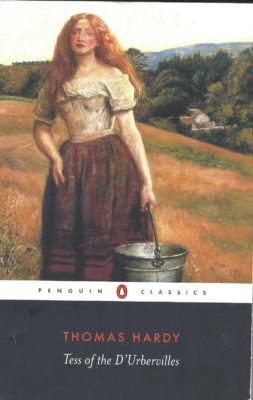