A little info on Henry James and his work:
Henry James was born in 1843 in New York. He attended schools in Europe and finally ended up in law school at Harvard. While traveling in Europe, he met literary giants Turgenev and Flaubert. After serializing a novel in The Atlantic, which made his reputation on both sides of the pond, James released classic novel after classic novel: The American (1877), Washington Square (1880), The Wings of a Dove (1902), The Ambassadors (1903), The Golden Bowl (1904), and more. He became experimental in his later works, in which the dynamics and motivations of characters were often ambiguous, impressionistic, even contradictory, and he layered these to develop a character’s state of mind. Henry James passed away in 1916. He was in the forefront of developing the psychological novel, and his work helped pave the way (along with Twain’s and others) for the Modernistic literary period, which rose at the start of the 20th century. 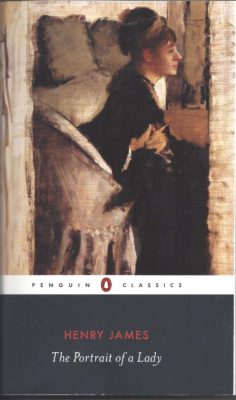