This a Ben Yagoda article from the New York Times two years ago or so, but I just discovered it and enjoyed it…he wrote a very entertaining and illuminating book on writing, How Not to Write Bad, that my mom
bought me…

From the New York Times:

As I noted in my earlier article, rules and conventions about when to use and not to use commas are legion. But certain errors keep popping up. Here are a few of them.
Identification Crisis
If I’ve seen it once, I’ve seen it a thousand times. I’m referring to a student’s writing a sentence like:

I went to see the movie, “Midnight in Paris” with my friend, Jessie.

Comma after “movie,” comma after “friend” and, sometimes, comma after “Paris” as well. None are correct — unless “Midnight in Paris” is the only movie in the world and Jessie is the writer’s only friend. Otherwise, the punctuation should be:

I went to see the movie “Midnight in Paris” with my friend Jessie.

If that seems wrong or weird or anything short of clearly right, bear with me a minute and take a look at another correct sentence:

I went to see Woody Allen’s latest movie, “Midnight in Paris,” with my oldest friend, Jessie.

You need a comma after “movie” because this and only this is Mr. Allen’s newest movie in theaters, and before “Jessie” because she and only she is the writer’s oldest friend.

The syntactical situation I’m talking about is identifier-name. The basic idea is that if the name (in the above example, “Jessie”) is the only thing in the world described by the identifier (“my oldest friend”), use a comma before the name (and after it as well, unless you’ve come to the end of the sentence). If not, don’t use any commas.

Grammatically, there are various ways of describing what’s going on. One helpful set of terms is essential vs. nonessential. When the identifier makes sense in the sentence by itself, then the name is nonessential and you use a comma before it. Otherwise, no comma. That explains an exception to the only-thing-in-the-world rule: when the words “a,” “an” or “some,” or a number, come before the description or identification of a name, use a comma.

When an identifier describes a unique person or thing and is preceded by “the” or a possessive, use a comma:

Baseball’s home run leader, Barry Bonds, will be eligible for the Hall of Fame next year.

But withhold the comma if not unique:

My son John is awesome. (If you have more than one son.)

The artist David Hockney is a master of color.

The celebrated British artist David Hockney is a master of color.

The gay, bespectacled, celebrated British artist David Hockney is a master of color.

(Why are there commas after “gay” and “bespectacled” but not “celebrated”? Because “celebrated” and “British” are different sorts of adjectives. The sentence would not work if “and” were placed between them, or if their order were reversed.)

If nothing comes before the identification, don’t use a comma:

The defense team was led by the attorney Harold Cullen.

No one seems to have a problem with the idea that if the identification comes after the name, it should always be surrounded by commas:

However, my students, at least, often wrongly omit a “the” or an “a” in sentences of this type:

Jill Meyers, sophomore, is president of the sorority.

To keep the commas, it needs to be:

Jill Meyers, a sophomore, is president of the sorority.

The Case of the Missing Comma
A related issue is the epidemic of missing commas after parenthetical phrases or appositives — that is, self-enclosed material that’s within a sentence, but not essential to its meaning. The following sentences all lack a necessary comma. Can you spot where?

My father, who gave new meaning to the expression “hard working” never took a vacation.

Philip Roth, author of “Portnoy’s Complaint” and many other books is a perennial contender for the Nobel Prize.

If you said “working,” “Iowa” and “books,” give yourself full marks. I’m not sure why this particular mistake is so tempting. It may sometimes be because these phrases are so long that by the time we get to the end of them, we’ve forgotten about the first comma. In any case, a strategy to prevent it is to remember the acronym I.C.E. Whenever you find yourself using a comma before an Identification, Characterization or Explanation, remember that there has to be a comma after the I.C.E. as well.

Splice Girls, and Boys
“Comma splice” is a term used for the linking of two independent clauses — that is, grammatical units that contain a subject and a verb and could stand alone as sentences — with a comma. When I started teaching at the University of Delaware some years ago, I was positively gobsmacked by the multitude of comma splices that confronted me. They have not abated.

He used to be a moderate, now he’s a card-carrying Tea Partier.

It’s easy to fix in any number of ways:

He used to be a moderate. Now he’s a card-carrying Tea Partier.

He used to be a moderate; now he’s a card-carrying Tea Partier.

He used to be a moderate, but now he’s a card-carrying Tea Partier.

He used to be a moderate — now he’s a card-carrying Tea Partier.

How to choose among them? By reading aloud — always the best single piece of writing advice — and choosing the version that best suits the context, your style and your ear. I would go with the semicolon. How about you?

Two particular situations seem to bring out a lot of comma splices. The first is in quotations:

“The way they’ve been playing, the team will be lucky to survive the first round,” the coach said, “I’m just hoping someone gets a hot hand.”

The comma after “said” has to be replaced with a period.

The other issue is the word “however,” which more and more people seem to want to use as a conjunction, comparable to “but” or “yet.” So they will write something like:

The weather is great today, however it’s supposed to rain tomorrow.

That may be acceptable someday. Today, however, it’s a comma splice. Correct punctuation could be:

The weather is great today, but it’s supposed to rain tomorrow.

The weather is great today. However, it’s supposed to rain tomorrow.

Comma splices can be O.K. when you’re dealing with short clauses where even a semicolon would slow things down too much:

Samuel Beckett was the poet laureate of the comma splice. He closed his novel “The Unnamable” with a long sentence that ends:

… perhaps it’s done already, perhaps they have said me already, perhaps they have carried me to the threshold of my story, before the door that opens on my story, that would surprise me, if it opens, it will be I, it will be the silence, where I am, I don’t know, I’ll never know, in the silence you don’t know, you must go on, I can’t go on, I’ll go on.

Which goes to show, I suppose, that rules are made to be broken.

Correction: In an earlier version of this article, the example involving “Midnight in Paris” mistakenly said a comma was needed after the name “Jessie,” rather than before it.

Ben Yagoda is a professor of English at the University of Delaware and the author of, among other books, About Town: The New Yorker and the World It Made and The Sound on the Page: Style and Voice in Writing. He blogs for the Chronicle of Higher Education and his own blog, Not One-Off Britishisms. 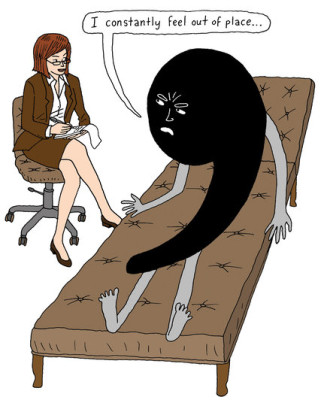