The Moment F. Scott Fitzgerald Knew He Was a Failure

And how he became the father of the modern personal essay.

​It was when he washed up that he made his big splash at Esquire. “The Crack-Up” was a confession—of having fallen down, fallen apart, fallen from grace. Yet it wasn’t needy or hysterical—the opposite, in fact, its tone strikingly free of self-pity. And though self-revelation was, ostensibly, its aim, its sole and entire point, there was as much concealing of self going on as revealing. That Fitzgerald had suffered some sort of breakdown was clear; that he also suffered from alcoholism, however, was not.

The three essays that make up the collection appeared in successive issues—February, March, and April 1936—and were an immediate sensation. An immediate scandal, too. Fitzgerald’s peers were almost beside themselves with disgust, could hardly wait to trash it. Hemingway, particularly incensed, called it “whin[ing] in public” and castigated Fitzgerald for “tak[ing] a pride in his shamelessness of defeat.” In writing “The Crack-Up,” Fitzgerald was openly admitting to feeling like a failure, something men at the time simply did not do. More—and here’s the real kicker—he made failure seem compelling, magnetic, sexy. After reading him, who could ever look at success—so robust, so wholesome, so bland—again? He changed what turned people on. The he-man-Hemingway type was out. A new type of male, a less, well, masculine type of male—the sensitive rebel, alienated and androgynous, as personified by James Dean and Elvis Presley and, slightly later, Mick Jagger and, a lot later, Johnny Depp—was on its way in.

“All songs are sad songs,” said critic Dave Hickey, an observation equally true of poems, and a poet is what Fitzgerald fundamentally was. And unrequited melancholy, not love, was his great subject: “I remember riding in a taxi one afternoon between very tall buildings under a mauve and rose sky; I began to bawl because I had everything I wanted and knew I would never be so happy again.” It’s the subject of Gatsby and Tender Is the Night, of “The Crack-Up” also, only nakedly.

With the essay, Fitzgerald didn’t just break the rules, he created a new mode of expression or, at least, reinvigorated an old one: the personal essay. Its influence can be seen in the works of Norman Mailer and Hunter S. Thompson and, perhaps most conspicuously, Joan Didion—”[My husband and I] are here on this island in the middle of the Pacific in lieu of filing for divorce”—who outdoes the master at self-disclosure that discloses little, intimacies at one remove. David Foster Wallace, too. Hemingway may have been Big Papa, but it was Fitzgerald who fathered New Journalism. 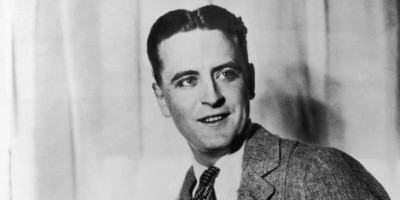