Friday’s Supreme Court decision in favor of same sex marriage is the culmination of so many people fighting to be recognized, struggling to have the same rights as everyone else, while hate groups and the Christian Right bit at their heels and compared them to animals. Yesterday, I was with two of my favorite people on the planet, two little boys named Søren and Silas (sons of Margaux Kent and her husband Walter). We were playing with action figures and looking for Chewbacca’s head when Margaux brought her laptop into the room. To listen to our President and watch the people on the steps on the Supreme Court celebrating while two little people positioned the Hulk and Iron Man, I realized that there is a possibility that we have just made this planet better for the next generation and that superheroes come in all shapes and sizes. 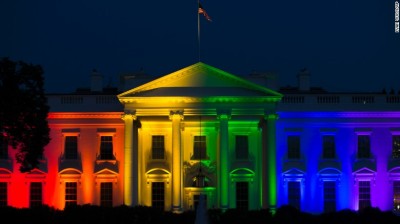