A little info on William Faulkner and his work:
William Faulkner was born in 1897. He was raised in Oxford, Mississippi, where he would spend most of his life. Faulkner’s use of stream of consciousness narration, as well as his attention to diction and cadence made him a towering figure in literature. As opposed to Hemingway’s terse prose and Fitzgerald’s ironic narratives, Faulkner’s writing was nakedly emotional and often cerebral. His intricate prose was sometimes subtle and other times bordered on the gothic. His oeuvre includes The Sound and the Fury (1929), As I Lay Dying (1930), Light in August (1932) and Absalom, Absalom! (1936). Faulkner won the Nobel Prize in 1950. He passed away in 1962. 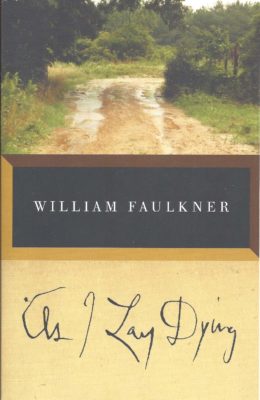